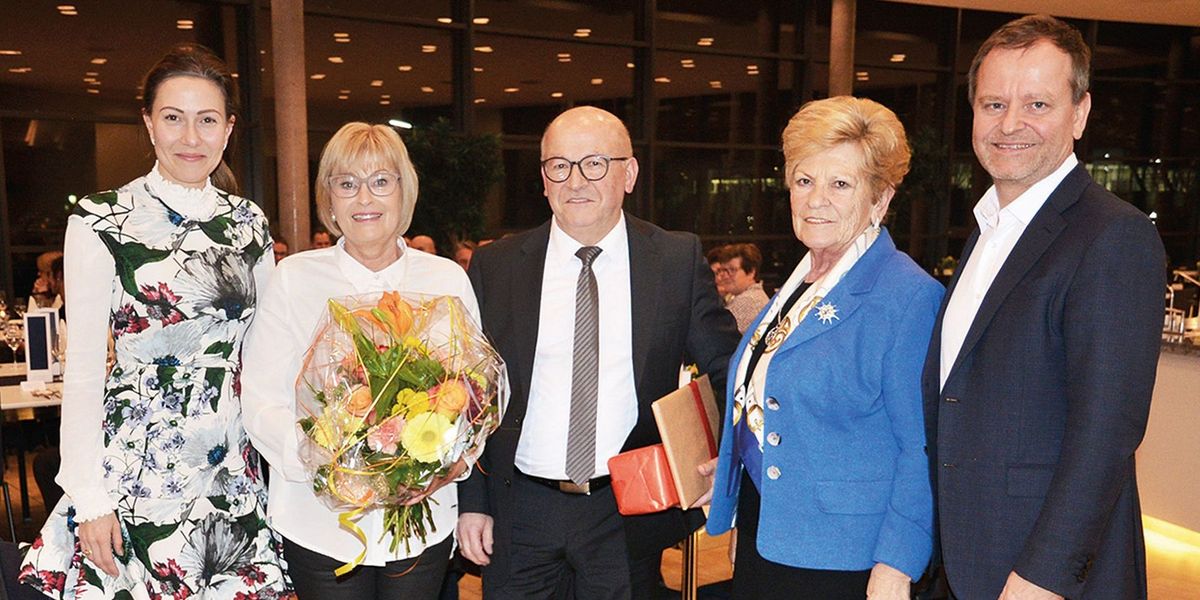 "When I started my training at Häring, the current CEO Jürgen Häring still strolled into the company with his bag from kindergarten," Urban Steuer remembers with a smile. From apprenticeship to retirement: He has spent nearly half a century at Anton Häring KG in Bubsheim, which has grown into a leading global supplier of precision parts and assemblies for the automotive industry. With a joint dinner in the company restaurant ANTONIS, he bid farewell to his colleagues – and vice versa – in a festive setting: Chinese and Polish colleagues who were unable to attend sent video messages, a skit brought down the house and, last but not least, a speech from CEO Jürgen Häring provided a bit of melancholy and a parting mood.

In 1970, he began his apprenticeship as an industrial clerk. Back then, Häring had precisely 25 employees. He helped set up the Purchasing department, worked in sales, traveled the world to boost exports, was actively involved for many years in production planning and ended his career back in the Purchasing department. "It all started with a vacation job at Anton Häring. I was only 15 years old. Today I've got to say that I am proud of having played a part in the development from initial 25 employees to the current 3,800 employees across the globe," Steuer said in looking back at his career. He does not only know the company inside and out but he has also actively shaped it. Many customer visits, trade fair visits and meetings with major customers have secured long-term partnerships. His commitment to internal events, in particular tennis, contributed to the Häring team bonding. A slide show during his farewell party brings smiles to a lot of faces – moments that had long been forgotten are brought back once again. "I am thankful for an interesting and innovative workplace that has kept me motivated to this day. It was also a workplace I could get to on foot in approximately 7 minutes. That doesn't sound like a lot, but in 47 years that added up to 20,000 kilometers.

Urban Steuer does not want to refer to his "retirement" as such. He merely views it as the next phase of his life. "I am looking forward to spending time with my family, to many trips with my wife and, of course, to free time that I'll spend playing sports and singing," said Steuer. In the future, he will keep visiting Anton Häring KG on a regular basis: "I will gladly accept the offer of still being able to eat at the company restaurant Antonis with my wife. We have been enjoying the atmosphere and the excellent meals for many years." That means that, following nearly half a century of joint milestones, he will walk a few more kilometers to Anton Häring – and that's great: "It makes saying goodbye only half as difficult."